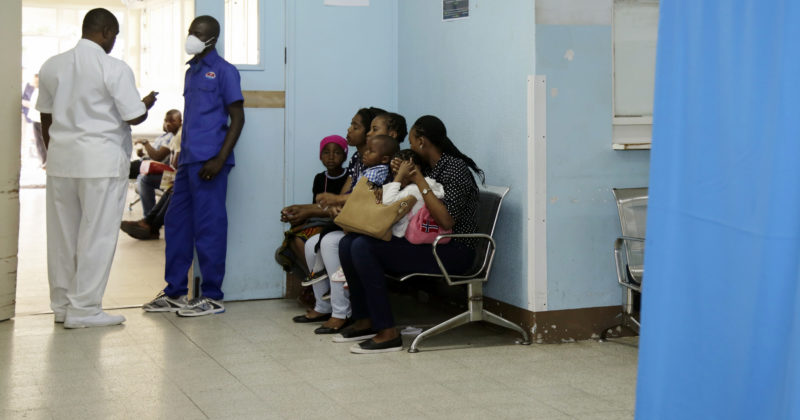 Unitaid and the University of Bordeaux today launched a four-year research project to cut TB deaths among children by widening availability of fast tests that can be used even in remote, rural settings.

The TB-Speed project will be implemented in Cambodia, Cameroon, Côte d’Ivoire, Mozambique, Sierra Leone, Uganda and Zambia by a consortium of eight organizations led by the University of Bordeaux and supported by a US$ 14.6 million Unitaid grant. The French government is contributing US$ 1.6 million to facilitate implementation of the grant through a technical support fund known as the 5% Initiative.

The project will test innovative methods of diagnosis in five individual research studies, including clinical trials. The latest generation of portable, battery-operated diagnostic machines, including GeneXpert and Omni, will be deployed in the project, bringing sensitive TB testing to places without good access to clinics or hospitals.

Data produced by TB-Speed is expected to influence practices in other high-TB burden countries in the years immediately following the project, bringing diagnosis to more than 237,000 children, and saving almost 60,000 lives.

“Diagnosing TB in children is more difficult than in adults,” said Lelio Marmora, Executive Director of Unitaid. “With this innovative technology we can close that gap and move toward saving the lives of the 250,000 children who die needlessly every year of this curable disease.”

“Nearly all children who die from TB do not receive treatment for the simple reason that they are not diagnosed with the disease in the first place,” said Dr Olivier Marcy, TB-Speed Project Director at the University of Bordeaux. “In TB-Speed, we will address two key issues: the lack of capacity at the decentralized level for sample collection and molecular testing, and the lack of systematic detection of TB in highly vulnerable children, such as those with severe pneumonia, HIV-infection, or severe acute malnutrition.”

TB is a bacterial infection spread through tiny droplets in the air. When infected people cough, sneeze, spit, or even just speak, they can propel TB bacteria into the air and infect bystanders. Without treatment, 45 percent of people with TB will die, as well as nearly all HIV-positive people with TB. In 2016, 1.7 million people died of TB.

Unitaid’s grant was announced Wednesday in Abidjan, Côte d’Ivoire, at the 19th International Conference on AIDS and STIs in Africa. TB-Speed is one of four new Unitaid grant projects for TB approved in late 2017. The four grants, totaling US$ 117 million, are designed to prevent, diagnose and treat latent, drug-resistant and paediatric TB in countries most affected by the disease.